Stanford started offering free online courses a while back, and one of the courses they offered is called A Crash in Creativity and it’s by Tina Seelig.

I signed up for it with two of my friends, and every week there are assignments that challenge us to be creative. Although sometimes thinking out of the box, brings the best and worse in us.

I thought I’d share some of the um.. stuff we came up with for the course.

The first assignment was to create a book cover for your autobiography and write a short 100 words or less author bio. I have to admit that I sorta cheated because my NaNoWriMo novel last year an exaggerated version of my autobiography, so i already made a cover then. So here it is: 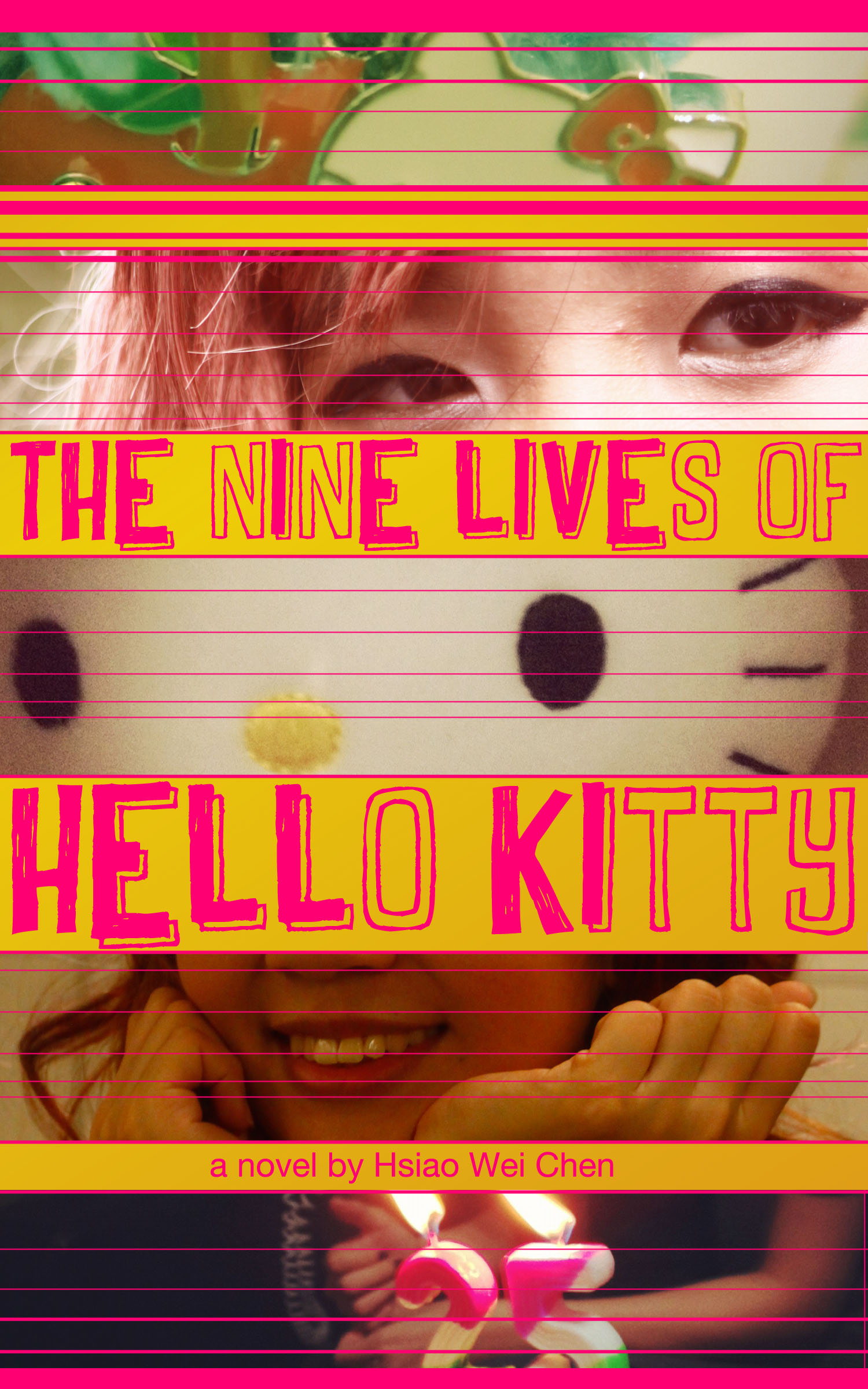 And my short bio, I have to admit coming up with a writeup that’s 100 words or less was a bit challenging. Here it is:

Hello Kitty is a term for Asian women who are seen as harmless and, ideally, as voiceless.

They say cats have nine lives. Hello Kitty is a cat, therefore she has nine lives.

is born in September in Taiwan.

is raised in Manila, Philippines. She goes to an elite Christian school from kindergarten until high school, where she is expected to get good grades and graduate with honors.

thinks that she is an artist, because she writes poetry and draws portraits of people from magazine using charcoal.

doesn’t know what she wants to do with her life.

are characters from comic books and video games. They are also masks that she sometimes wears to escape reality and wield elaborate weapons.

is on her 3rd programmer job since graduating with a degree in Computer Science.

writes tutorials on programming as if she’s such an expert.

is a niece and a granddaughter. She goes to family dinners, where there’s too much food and gossipy aunts who ask about potential husbands.

“All my life, everybody has seen me a certain way. What do you see? “

And then later on in the class we get to form teams. Since I signed up for the class with two of my friends, we decided to just form a group. We didn’t invite anyone else to join our group, because we thought it would be easier to work if it were just us.
I named us Geek Girls, because we are obviously girls, and a little bit geeky.
I took a photo of a pair of pixel glasses that I was supposed to give to my other friend, for our team’s profile picture:

And then we started having assignments that we had to do as a team, which were kind of fun, because we can throw completely ridiculous ideas at each other. The goal is to be creative and think out of the box, anyway.
The first one is to reframe “chewing gum”, to create as much value as we can. So we decided to just come up with a bunch of ideas for chewing gum, and we created this cheesy infomercial for our fictional product- Swiss Gum : the Multipurpose Chewing Gum. I thought of using a text-to-speech program called xtranormal, because we were too shy to appear on camera.
The next assignment was to create Chindogus, which is the Japanese art of designing “unuseless” inventions.
Each of use came up with our own chindogu, by combining two random objects to create a new object with a whole new purpose. So we created a Prezi (which is like an online Powerpoint) presentation for it: http://prezi.com/gd6nhb_vkjaj/chindogu/?kw=view-gd6nhb_vkjaj&rc=ref-42158477
And for the next one, we have to think of a specific challenge related to Pets and then come up with 100 solutions for it. and then pick one of our favorite solutions and present it.
We decided to come up with solutions to Pet Poop Management. We started our list with normal, achievable ideas and then later on the list, our ideas just got weirder and weirder. At the end of the day, we can’t come up with 100, we ended up with maybe 50, with the last 30 ideas or so popping out the last minute.
We made another cheesy infomercial with xtranormal, because it’s kind of our thing now, and it’s pretty easy to do the the monotonous text-to-speech is just hilarious, well at least I found it hilarious.
This you have to watch the Bear Dogs we picked to star in our infomercial is adorable:
My friend added the other cheesy effects in After Effects.
The course is almost over, with only one more assignment left.
Overall, I enjoyed the course, because I got an opportunity to think really out of the box and get “creative” I guess.