Because what would a game be without gamey bits…

Now the question is, do I stick to one mechanic or do I have multiple mechanics and multiple puzzles (like most point-and-click adventure games).

By one mechanic, I mean from a programming point of view, for example, an endless runner, technically is just one mechanic (sure you can jump, turn left or right, and collect stuff), but since it’s the same throughout the whole game… Yah, you get it.

While puzzles where it’s just combining certain items to make another item and unlock something, that’s also just one mechanic. There are variables sure, ‘coz different items, but the logic is the same. 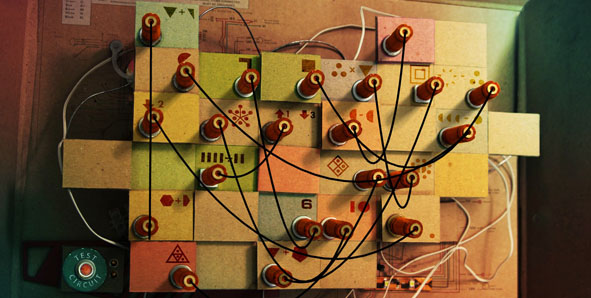 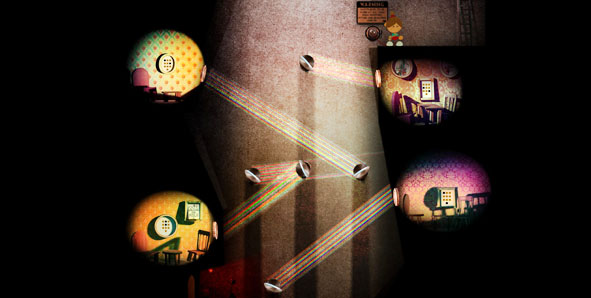 You get my point, right?

“Year Walk” actually don’t have too many puzzles. It’s actually a pretty short but immersive experience.

I’m still thinking about the character of the game.

But the characters are faceless to encourage empathy.

People talking about depression and contributing to my HitRecord project have described it more like a monster in their heads.

I drew this based on a poem that Jumercer wrote:

Goddessecho wrote, “Having depression feels like living with a scared, destructive, angry two year old, but inside your head where no one else can hear them freaking out.”

So maybe the character don’t have to be a girl, but a monster.

Or there are two worlds: real life, and in your head.

In real life, you smile your fake smile. Your mask that protects you from the world, or maybe protects the world from you. And that monster inside you.

I’m currently not in a bout right now

About switching worlds, “The Silent Age” is an interesting game. It switches between times and you solve puzzles with clues from another time.

“Depression Simulator”- going through one day with depression.

Or a series of vignettes based on different perspectives of what depression is, with a happiness and sadness meter.