This is an example of how an idea might seem okay in your head, but totally bust when you actually execute it.

It works fine when there was just 1 key from the first room, but the latter rooms (the kitchen, obviously), has a lot of stuff. I mean, I didn’t make all those cabinets for nothing.

The idea was to not have a run-the-mill inventory bag. Or any UI at all in the game.

Also to kind of play with physics objects. Check out the salt and pepper shaker and the bags of corn, peas and chips! You can actually shake the contents around and they make sounds too. They’re like a maracas that you can totally play with.

I was playing “The Trail” by 22 Cans, and their inventory also have the physics thing going on. So objects pile up and overflows from your bag, but once it falls out of your bag, you kind of loses it. And I thought it was fun trying to balance the objects in the bag, it became a little mini game to me, even though the game had actual mini games like chopping logs and shooting rabbits with a slingshot. 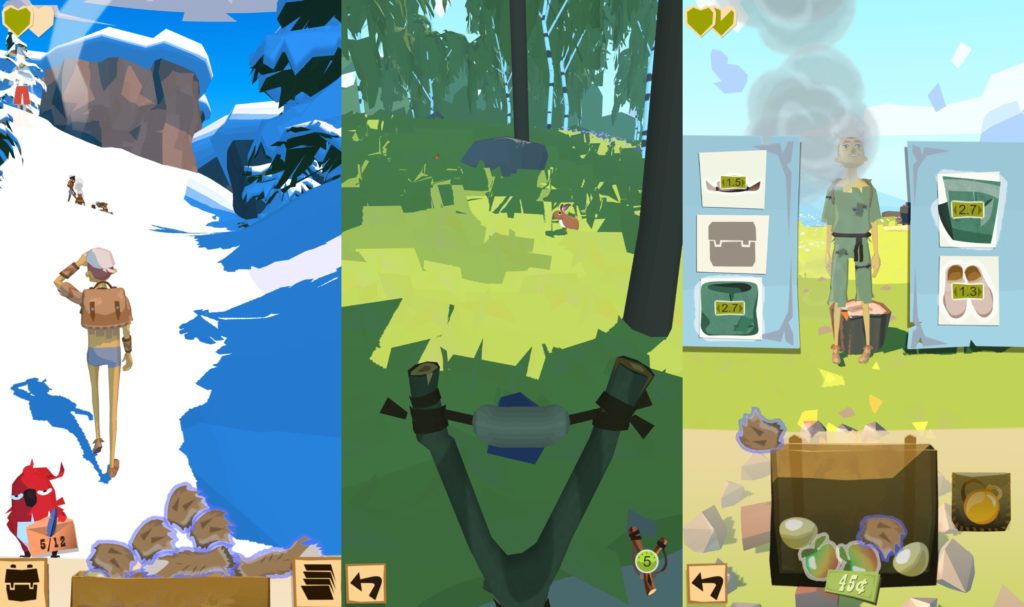 So… What now? Will I resort back to the run the mill inventory bags? It will save me a lot of trouble. Or…

Actually, I don’t know yet.

Although there is the whole, even though I work alone, my designer hat and my programmer hat argues sometimes. The result is actually, a break and watching “Game of Thrones”. But one of my hats will have to compromise eventually (unfortunately, it’s mostly design hat, because programmer hat will say FPS and can’t argue with that…).

Okay as a compromise, there’s an inventory button now in the main scene. Then I separated the inventory stuff into a different scene, which you can play with.

So compromised again and the stuff in bottles and bags don’t move anymore. It actually also makes it look less empty.

Random Note: When searching for whimsical things to add to your breakfast… It’s sprinkles. I found this adorable site that sells all sorts of sprinkles.