First of all, because I only have more or less 3 months to make a game, so it’s going to be a mobile game developed using Unity. Also because of the time constraints, it’s going to be a relatively short experience. Also given my lack of full blown art skills… Yah, no elaborate and photo-realistic 3d or anything. So given those parameters, I will only be looking at relatively short games, preferably on mobile. And also nothing AAA.

“That Dragon, Cancer”is their own words:

An immersive narrative videogame that retells Joel Green’s 4-year fight against cancer through about two hours of poetic, imaginative gameplay that explores faith, hope and love.

I think first of all, it is without question a very moving game. The visuals, the ambient sounds and narratives are all on point.

I particularly liked these two scenes. One where it was raining in the room and then starts to flood, and another where Ryan felt like drowning.

However, in terms of gameplay and controls (at least on the iPad), actually wasn’t very responsive and wasn’t any touch feedback. Navigation was also quite clunky.

The game allows you to switch between a first and third person view. The idea behind it was quite good, however, for some scenes, I felt the first person view didn’t work very well. Such as the scene on the swing or when Ryan was lying down sideways.

In terms of interaction and gameplay, there was only 4 mini games. Although, the mini games’ success doesn’t really have any contribution to where the story and game leads. They felt more toy-like in that way. Oh and the whole experience, composed of multiple vignettes, is about 2 hours long.

“Dear Esther” in their own words:

A deserted island…a lost man…memories of a fatal crash…a book written by a dying explorer.”

Two years in the making, the highly anticipated Indie remake of the cult mod Dear Esther arrives on PC. Dear Esther immerses you in a stunningly realised world, a remote and desolate island somewhere in the outer Hebrides. As you step forwards, a voice begins to read fragments of a letter: “Dear Esther…” – and so begins a journey through one of the most original first-person games of recent years. Abandoning traditional gameplay for a pure story-driven experience, Dear Esther fuses its beautiful environments with a breathtaking soundtrack to tell a powerful story of love, loss, guilt and redemption.

Forget the normal rules of play; if nothing seems real here, it’s because it may just be all a delusion. What is the significance of the aerial — What happened on the motorway — is the island real or imagined — who is Esther and why has she chosen to summon you here? The answers are out there, on the lost beach, the windswept cliffs and buried in the darkness of the tunnels beneath the island… Or then again, they may just not be, after all…

Random Side Note: I attended “Dear Esther Live” a concert slash live play through of the game at London Games Festival recently. I also bought a soundtrack CD and was able to have it signed by both Jessica Curry and Dan Pinchbeck.

Some people (including my friends who I dragged to the concert) don’t think that “Dear Esther” should be considered a game. I don’t think that it matters whether it falls under the normal conventions or expectations of a game. “Dear Esther” was actually part of a project funded by the Arts & Humanities Research Council to explore experimental game play and storytelling. 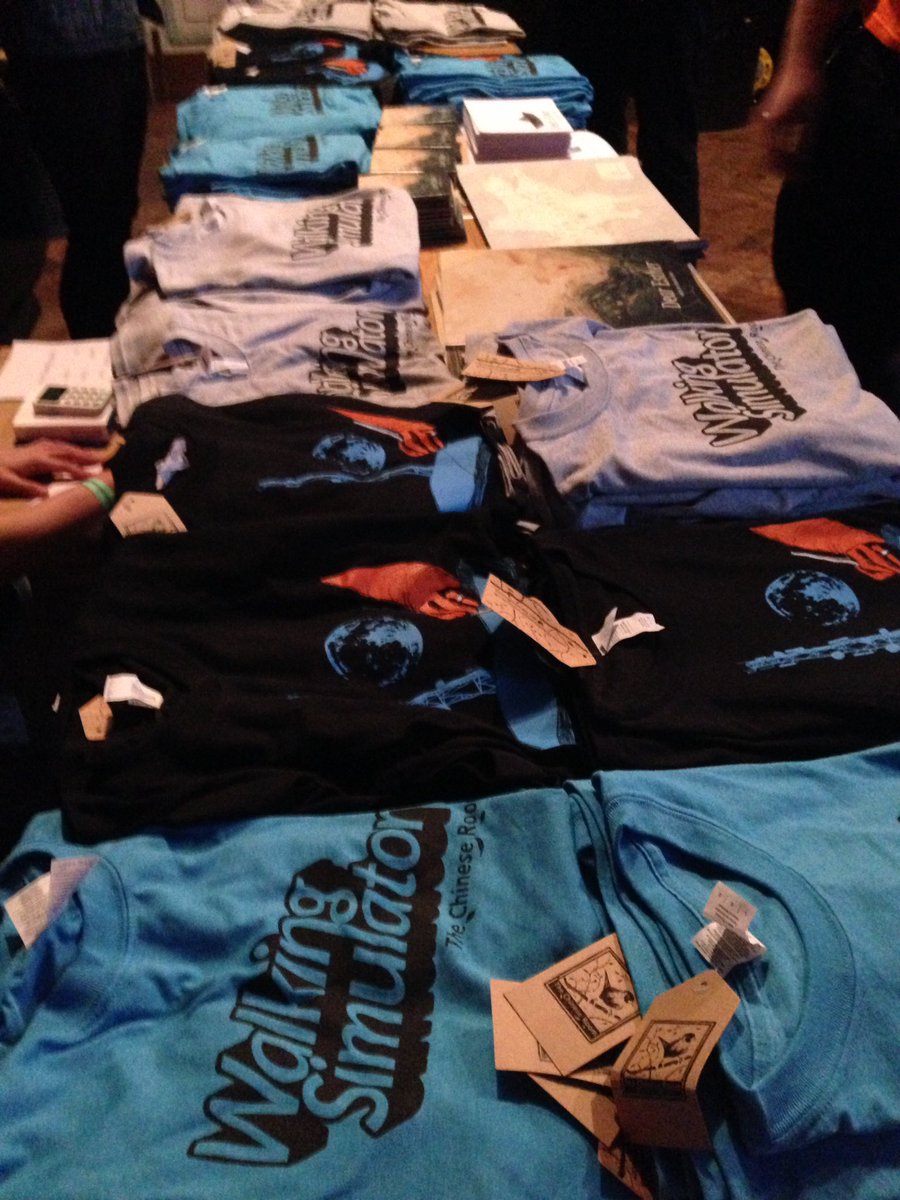 What Pinchbeck says he didn’t foresee was how Dear Esther’s approach to narrative gaming would prove so influential, or would at least be at the forefront of a coming wave of experimental games: the so-called walking sims. From the very beginning Dear Esther drew derision from some areas of the video game community who challenged its identity as a game. While Dear Esther was winning awards and garnering plaudits from critics and, interestingly, the hardcore first-person shooter modding community, it was also meeting resistance and fuelling controversy about what games were or could be.

“I have no problem with the term walking sim,” laughs Pinchbeck. “I’m just owning that now. For me, the game grew out of our love for first-person shooters. We just looked slightly to the left of the genre. We felt we were drawing on ideas that have a long heritage in first-person games. There are a lot of ideas drawn from System Shock and even Doom in the way the game works. We just wanted to change the mix a little bit. We didn’t think when we made it that it would be influential.”

In terms of visuals, I really like the underwater highway scene, because it breaks away from the island to show the scene of the accident. The contrast between the dream-like island and the real life is quite interesting.

And of course, the ending…

“Dear Esther” is around 90 minutes long.

According to Keith Stuart, when writing about “Dear Esther”:

Almost a decade later, a sub-genre of experiential games, often dismissively termed walking simulators, has emerged from Dear Esther’s foundations. Titles like Gone Home, The Stanley Parable and Firewatch, use a similar minimalist approach to game design, toning down traditional interactive elements to concentrate on story and environment. The emergence of this hybrid approach – part interactive fiction, part visual novel, part adventure game – has proved controversial and divisive. But with an era of consumer virtual reality fast approaching, it has also quietly become a staple. 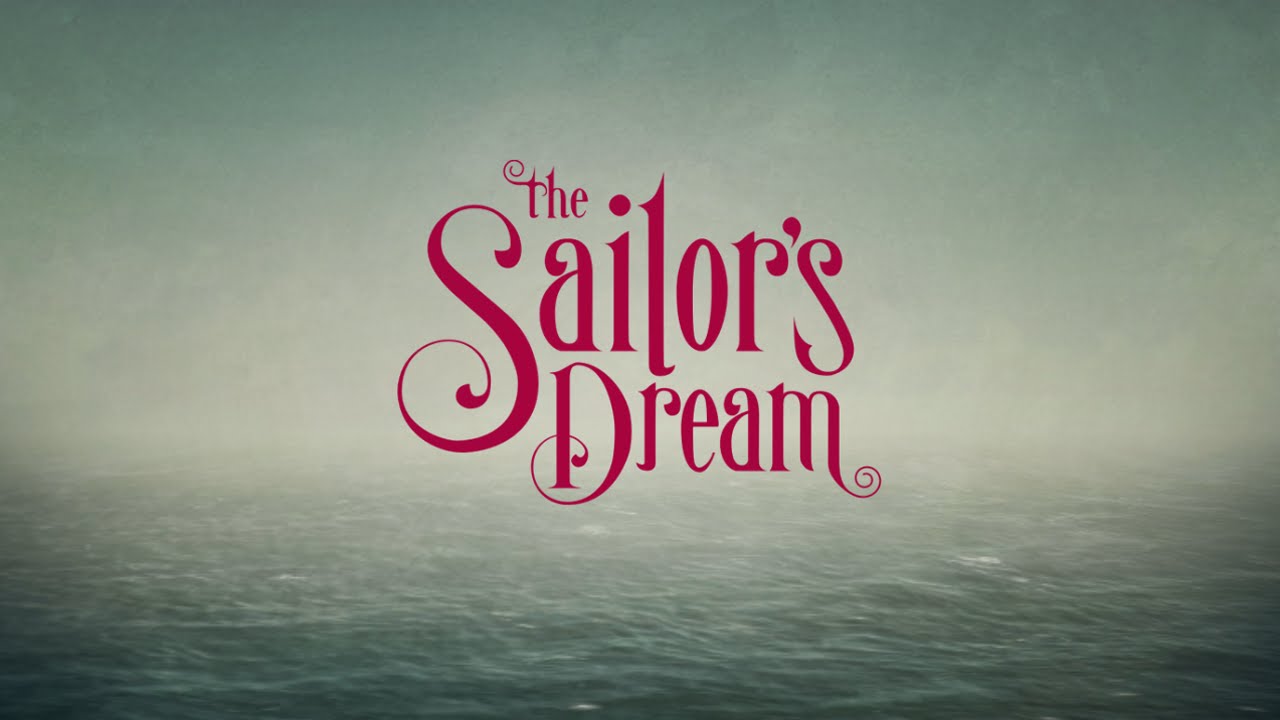 “The Sailor’s Dream” in their own words:

A peaceful narrative experience, in which the only objective is to satisfy your curiosity. Explore an ocean dream world, in which time passes even when you are not there, visit forgotten islands and piece together memories – some even existing beyond the screen of your device.

“The Sailor’s Dream” has been compared to “Dear Esther”, but it is even less of a simulator.

Even Dear Esther had some procedurally-generated narration, while The Sailor’s Dream is a far more closed system with its interactivity limited to scrolling through images accompanied by sound effects and the non-linear order in which you pick up the pieces.

Even as a visual novel, The Sailor’s Dream is certainly divisive. Because of its non-linear format where you assemble the story by observing environments and reading passages, it’s easy to think that it’s supposed to be a mystery.

This emphasis on personal interpretation without any conventional game mechanics has previously been mockingly dubbed a “walking simulator,” but The Sailor’s Dream eludes even this definition. On a literal level you’re sailing, not walking, but more importantly, there’s nothing about The Sailor’s Dream that could interpreted as a “simulator.” Not only is the tone more surreal than that of real life, but it’s one of the only games I’ve played where you don’t even inhabit a character.

Unlike “Dear Esther” though, “Sailor’s Dream” does have some toy-like elements and some puzzles.

In that context, a quaint little app that combines short stories, music, and musical toys doesn’t seem like too much of a stretch. “We had a loose idea of having three games that had the same DNA, or spirit if you will, so in that way it was kind of intentional,” says Simogo’s Simon Flesser. The basic idea for The Sailor’s Dream started last year, when Flesser found himself becoming increasingly interested in sea shanties, but the concept evolved quite a bit since then. At one point the game even had you taking the wheel of a ship and exploring the seas, but it slowly turned into something less game-like. Working with musician Jonathan Eng and writer Jonas Tarestad, both of whom collaborated on previous Simogo games, the studio refined the concept into what is now The Sailor’s Dream.

J Nicholas Geist actually describes the game as a labyrinth:

I think this is supposed to be the game: taking these little snapshots of memory and piecing them together to make a story, to make a life, to make meaning.