Okay, personal issues aside, I have been making very slow progress with the Kitchen Level. Turns out (yah, like the title of this post suggests) it’s not as easy as I thought it would be .

I think because there are actually quite a few elements involved and puzzles inserted here and there to make your lives harder (as if life isn’t difficult enough).

Okay, where do I even begin…

First you need to collect ingredients, a lot are scattered in the different cabinets and drawers in the scene, but some are in the fridge (because, duh).

But since we are making your life more difficult than it needs to be, of course there is a lock on the fridge (it’s one of those turn dial ones- match the snowflake pattern and it will unlock. I was cutting those paper snowflakes for a reason and this is it).

I think I already talked about how to present the Inventory in another post, so I won’t go into that anymore.

Okay, next up. The hob and all the other kitchen utensils… 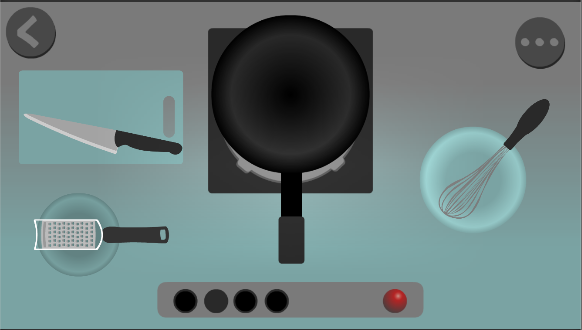 Obviously the buttons on the hob is another puzzle, you need to solve it to open the hob.

Okay, the next bit that had me a bit stumped for a day. How do I include all the stuff in my Inventory in this scene, so that you can actually use it.

I like Physics bug-ish gifs, by the way. Yah, but looking at that yah, it’s not going to work.

So testing out something else (hey, bonus, you get to see how behind the scenes of my scene).

Drop away ingredients… drop away.

I’m still having an internal debate on whether to take a “Cooking Mama” more instructional approach to cutting, mixing etc., or a more you can do whatever you want, cut the carrot into whatever you want approach of  “Toca Kitchen” (And yes, I debate with myself a lot now. It’s mostly programmer-me and designer-me having an argument, while artist-me is a slave that has no choice but to agree to draw 20+ ingredients and kitchen utensils, and still has to draw more cooking in progress ones). 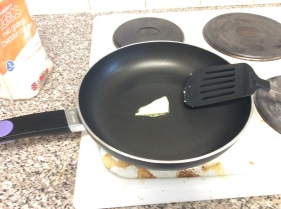 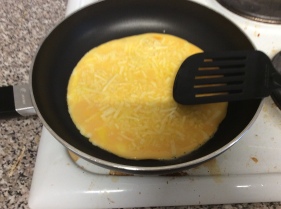 This post will be continued with more slow progress.

How to slice stuff: Slice tool in Photoshop! 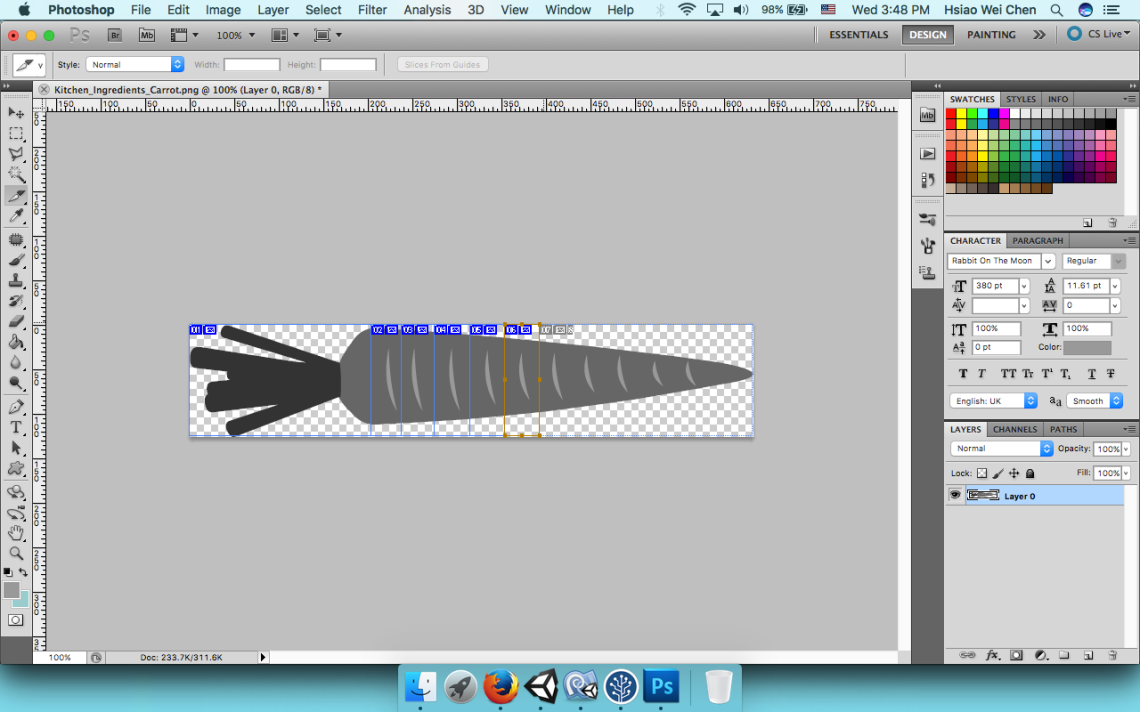 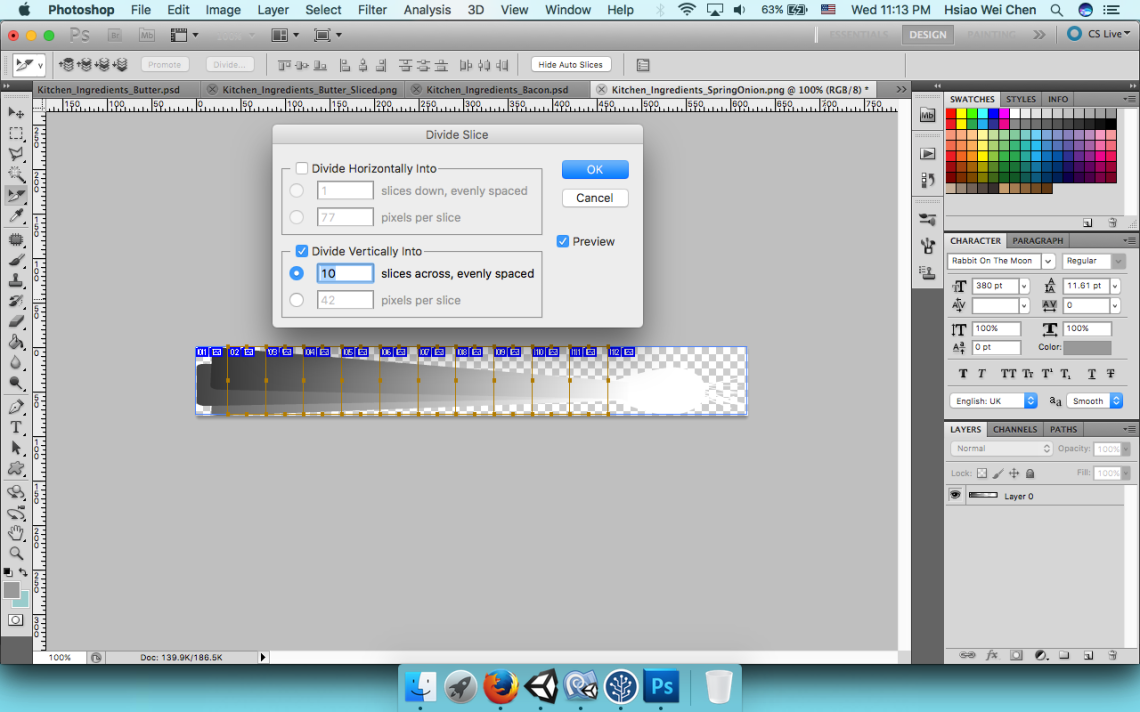 You know when code just works the first time you run it? It’s like a choir of angels singing. #indiedev #madeinunity #depressionsimulator pic.twitter.com/AUy7PkzYGD

I have slicing done! Now, just do whisking, grating and cooking.

To be continued… Fingers crossed that I finish all the cooking bits by this week.

The progression of the game is from the mundane to the surreal. As mundane as grating cheese for an omelet. #gamedev #depressionsimulator pic.twitter.com/24jFYuakek

Hey, if I keep up my one puzzle a day velocity, I might, just might get this level done by the end of this week.

Next up, let’s whisk some eggs, because you can’t make an omelette without breaking some eggs, right?

So how does that compare with the real thing?

Anyway, so I didn’t manage to finish the entire kitchen level last week. But it’s because I refactored some code stuff and reorganized some assets. Also I work slowly on weekends (but that’s a bad excuse).

Only 2 weeks left, but I still have a postmortem paper and presentation to do. Well, I can’t technically do those without finishing the game. So…