Before this picture was taken, I had just crammed an application essay the night before until 3am, then had a 7am shift at work until 4pm, then rushed to the library to have things printed and scanned and the applied for an Erasmus Mundus program.

Then my friends and I took a train to Brighton and then took an Uber to St Kilda for a nice dinner and then penguins.

It was a lovely day.

But the reason why I rushed an application in a week for Erasmus Mundus was because while I got in to a PhD program, I didn’t get a scholarship and I couldn’t afford it.

Erasmus Mundus is a great program, if I haven’t done a Masters in the UK, it would be my first choice and not my backup plan (more on that later).

Since I didn’t get a scholarship for the PhD, I booked my flights and then I left Australia.

I was a digital nomad for a few months and bummed in a few countries and cities (roll call: Shanghai, Hangzhou, Suzhou, Beijing, Taipei, Taichung, Zuoying, Tainan, Manila, Tagaytay, Batangas, Singapore and Maldives, also more on those later). By the way, I am a third culture kid, so I don’t have a permanent address.

I got in to Erasmus Mundus (I got the news when I was in Shanghai), they said I was one of the top applicants, but I didn’t get the scholarship, because I actually don’t qualify (re: Masters in UK, they actually have a 5 year rule: you shouldn’t have lived, worked or studied in Europe for a year in the last 5 years).

My friend asked me what my plans were and I replied, “my backup plans have backup plans”.

So there is: Working Holiday in Canada (I have a Taiwanese passport which allows me to do that until is turn 35), try again for PhD midyear intake, start my own coding school in the Manila…

I’m not going to lie, I was disappointed, I was sad, I was angry at myself. I felt stupid, I felt like I didn’t have a direction (even though I do, it’s just that there are things that were beyond my control), and I felt like I wasn’t good enough.

Even though I was in Taiwan and then Manila, I didn’t want to see my friends and ex colleagues, and I definitely didn’t want to see my relatives. I was asked to be on a panel for some female game programmer representation, and I turned it down, because I had prior engagements, but mostly because what was I going to say? People would ask what I do and I’d say that I’m unemployed.

Actually, along with applying for Erasmus, I also applied for a University Certificate in Psychology at University of Derby Online. That one, I self-funded and I did that for around eight months. I have a student ID and everything. I enjoyed the classes, but I struggled with the assessments. I also complained about them a lot. Psychology is a whole new ball game to me, I was used to a world of ones and zeroes. I wasn’t used to having an opinion. In programming, it’s always right or wrong. You can have different ways of solving a problem, but you always have to solve the problem.

But this isn’t the first time I was out of my comfort zone.

Remember, I was still going to tell you about what I did last year?

I was on a Working Holiday in Australia (this one, the age limit was 30, so last year was my one last hurrah), and I did a lot of things (odd jobs roll call: retail assistant, door-to-door fundraiser, brand ambassador, and teach kids coding and robotics).

(It’s taken on the same day as the profile picture)

If you are on this blog, you probably know that I’m a game developer. Yah, aside from the teaching kids bit, none of the other jobs are game dev related. And there is a reason behind that.

I am an introvert who is afraid of talking to strangers. I get intimidated around people. Even when I’m with a big group of friends, I would withdraw and just keep quiet.

Now I joke about not getting into an elite all-girls school, because I didn’t talk during the interview. “Hindi ako pumasa ng Ica, dahil hindi ako nagsalita,” I would tell people. Instead I went to a coed school where people had average wealth and average intelligence. And I didn’t even get into the Intensive class because while I was alright in Science, I was bad at Math.

But, this girl who is bad at Math had not one, but two Calculus classes, because Computer Science.

Remember grit? It’s passion and perseverance, it’s not intelligence or talent that brought me to the UK and got me the GameIndustry.biz 100, and now Australia, it’s grit. It’s never giving up. It’s trying and trying again. 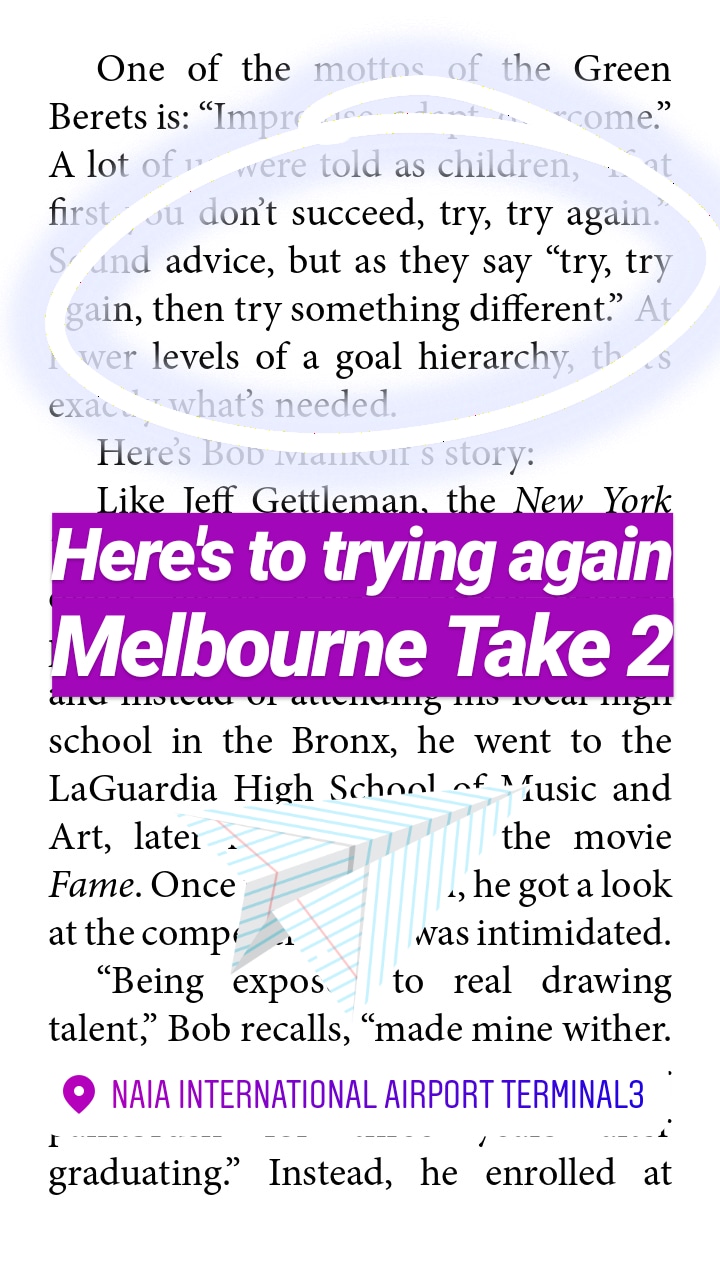 Oh wait, I digressed. Let me go back to my odd jobs.

So for my brand ambassador job, I had to have 32 engagements per shift- what that means is that I need to talk to 32 people a day. For my door to door fundraising job, I literally walked blocks and knocked on every single door and talked to literally everyone that opens their door (some don’t).

Why put myself through torture (it’s torture for me)? And I wasn’t good at it, obviously.

But that’s it, right. It’s grit. Is keep trying. It’s facing your fears. It’s learning to be brave. I also watch a lot of Will Smith YouTube videos, and he says: “The point of maximum danger is the point of minimum fear.” And I’m not even jumping off an airplane.

I also watch a lot of YouTube videos by YesTheory and their motto is: “Seek Discomfort”, because they believe the best things in life are on the other side of fear. And I love that.

Did I completely conquer my fear? Maybe not completely. But at least it’s enough to fool people into thinking that I’m an extroverted introvert.

Oh right, let’s circle back to the PhD application. I applied again. And I improved my application. The most important difference is: I’m not afraid to shout out my achievements. Impostor Syndrome doesn’t have a place in PhD and job applications. I learned that I worked hard to be where I am and to achieve the things I did. And I don’t have to be humble about it. I deserve this.

Oh yeah, I got the scholarship second time around. And I’m back in Melbourne and I was typing bits of this post in the State Library. This story is all over the place, and I’d like to apologize for that (yah, I’m not going to be writing a self-help book anytime soon).

Instead I’d like shout out to the following books (I highly recommend it):

That’s it for now. And I’ll keep on fighting and never giving up!

An invitation to participate in research
My new project is called MENTAL Jam.
There is another me, like a shadow, that follows me around, whispering voices in my ear, telling me that I'm not good enough, that I'm not worthy, that nobody likes me.
There are days, a lot of days, where I just sit in front of the TV (I'm not even watching it), doing absolutely nothing.
"The Bath Tub Metaphor:
Every morning I draw a smile on myself and get ready to face the world.